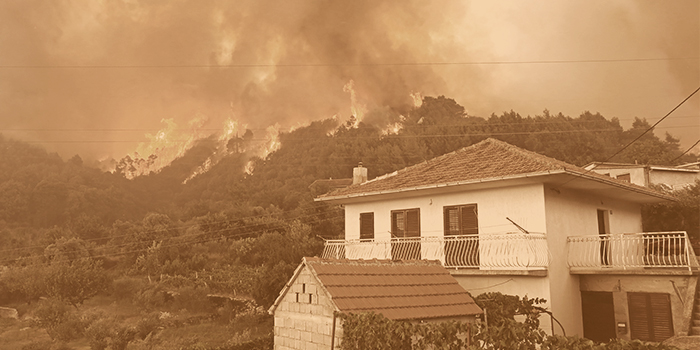 Responding to several years of unprecedented fires across California, regulators on Thursday imposed a one-year moratorium banning insurers from dropping policies for homeowners in wildfire-ravaged areas of the state. The move comes amid an exodus of some insurers in communities hard hit by fires, forcing some homeowners to take plans that provide less coverage, sometimes at higher premiums. Some have had to go without insurance altogether. “I have heard the same story again and again. People getting dropped by their insurance after decades,” California Insurance Commissioner Ricardo Lara said. “To add insult to injury, many struggle to find coverage.” Though existing law prohibits insurers from dropping policies for homeowners who have suffered a total loss in a wildfire, the moratorium relies on a law that went into effect this year that extends that rule to homeowners who live adjacent to a declared wildfire emergency and did not lose their home. On Thursday, Lara said the moratorium will give both homeowners and insurers time to reassess a path forward for living with wildfires.

Who does the plan affect?

The plan affects more than 800,000 homeowners in Northern and Southern California who live in ZIP Codes next to 16 recently declared wildfire disasters, including those near the Kincade fire in Sonoma County, the Saddleridge fire above Sylmar and the Tick fire in Canyon Country. Though the moratorium is legally binding for insurance providers around those fires thanks to the law that went into effect this year, Lara called on insurers statewide to voluntarily follow suit.

“This wildfire insurance crisis has been years in the making, but it is an emergency we must deal with now if we are going to keep the California dream of home ownership from becoming the California nightmare, as an increasing number of homeowners struggle to find coverage,” he said.

The order is the latest move regulators have made to try to adjust California’s insurance market to increasingly destructive disasters and oncoming climate change. In July, Lara and other state lawmakers hosted a roundtable discussion at UCLA at which he announced his agency was collaborating with a U.N. group tasked with establishing a framework for insurers to operate in a more efficient, disaster-hardened world. A California Department of Insurance report last year found that the number of homeowners in the wildland-urban interface who complained about getting dropped by their plans more than tripled from 2010 to 2016. Complaints about increased premiums rose 217%. Those statistics provide a limited view of the problem, as the state has no way of tracking policy nonrenewals and individual premium hikes. But they reflect the cusp of a trend that is expected to worsen, officials have said. Areas where fires are common, such as Lake County, have been particularly hard hit.

After a series of massive fires, residents living in or near forested areas are facing rate hikes so significant they’re taking circuitous routes to find cheaper and less comprehensive coverage. Sometimes that path ends at the California Fair Access to Insurance Requirements, also known as the FAIR plan. The FAIR plan was created in 1968 amid a decade of riots and brush fires that led people in California to lose coverage for reasons beyond their control. It’s an insurance pool for high-risk policies that counts every insurer in California as a member. The moratorium won praise from experts such as Jeffrey Michaels, a public policy expert at the University of the Pacific. But he cautioned it could have unintended consequences for companies looking to enter or stay in an existing housing market that hasn’t experienced a wildfire. “It can make insurers even more reluctant to insure those areas if they could have a moratorium imposed,” he said. Jim Steele, a former Lake County supervisor who worked on the insurance issue for years while in office, said the moratorium “isn’t going to help unless we make some big changes.” “We’ll be in the same place in a few years if we don’t give authority to rural counties to work directly with insurance companies,” he said. If that were the status quo, he argued, local officials could ask insurance companies what fire-safety criteria homeowners could meet to keep their insurance, and pass that information along to their constituents. This article is from the Los Angeles Times. Read the full article here.
Related Tags
Share: